In the space industry, competition has never been so fierce: revived enthusiasm for space in the USA; the ambitions of India, Japan and China; the emergence of private space projects: SpaceX and others. Also, although Europe has honed its skills in launching large satellites, the market is tending to prioritise ever more compact satellites, including the highly valued ‘CubeSats’. New constellations designed to encircle the Earth with a dense Internet grid depend on very numerous low-mass launches. So Europe has to revise its strategy. In fact, December 2021 saw the start of the Maia Space reusable light launch vehicle project. The initiative completes the future Ariane 6 and Vega-C light launch vehicle projects. Will Europe be able to stay in the race?

Space is becoming more accessible. To such an extent that every major power now has its own space agency.

From a simple duel, space has become a marathon with an increasing number of runners taking part. The original race – which began after the Second World War and was crowned by the landings of American astronauts on the Moon – was soon joined by new competitors. France was the third nation to join the United States and the Soviet Union on the podium of spacefaring powers with the successful launches of the Véronique sounding rocket from the country’s Hammaguir base in the Algerian desert in 1950. An alliance was necessary to compete with the two superpowers, which were able to launch observation satellites with potential for espionage. So Europe moved into space in 1963, initially in partnership with the United Kingdom and then West Germany. From the 1970s, other countries joined the space race, and their industries entered the private launch market. India, Japan and China developed flourishing space sectors to rival the European industry and enable those nations to launch commercial satellites and scientific space missions independently. Today, from the Middle East to South America, nearly 70 countries have set up space agencies able to carry out large-scale missions, even if the launches themselves remain the prerogative of a handful of public and private operators – Russian, American, Chinese, Japanese and European – and an even more select circle when it comes to sending humans into space, with a trio of leaders: the USA, Russia and China.

The European Space Agency (ESA) has 22 member states today*. Its sites are spread over the central part of the continent: the headquarters in Paris; the scientific research facility, ESTEC (photo), in the Netherlands; the astronaut training centre, EAC, in Cologne, Germany. The launch site is across the Atlantic in Kourou, French Guiana. Even so, Europe does not only work on its own: it is extending its international partnerships with America’s NASA, Japan’s JAXA and Russia’s Roscosmos agency. 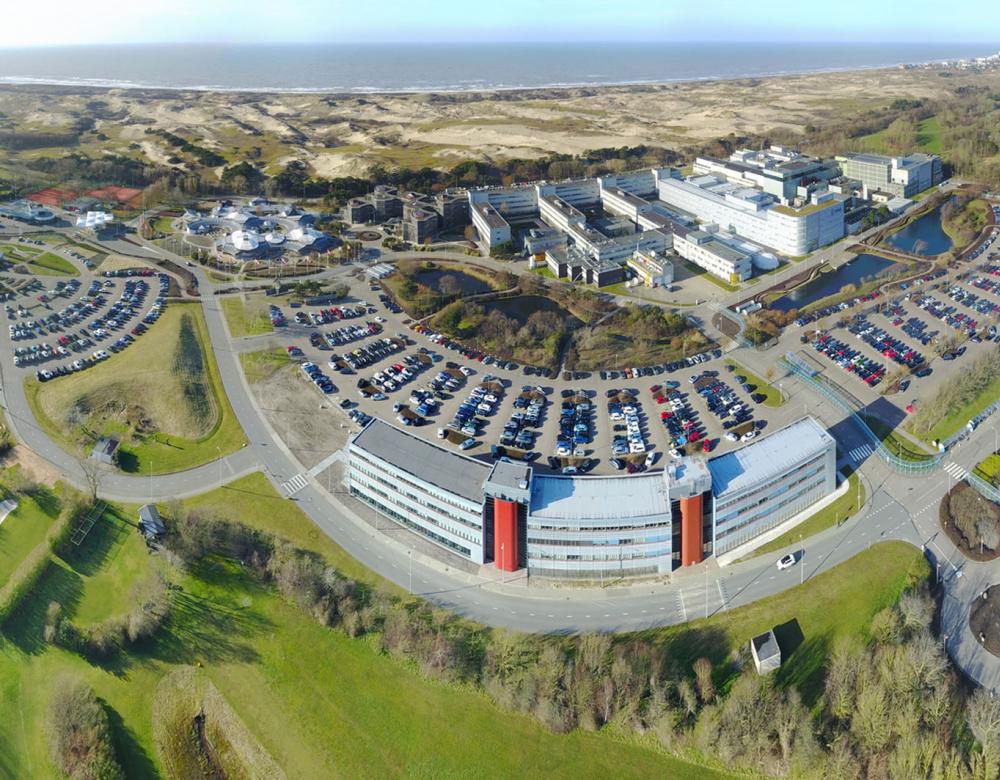 The jewel of European industry

Europe is able to keep up with its American and Western competitors thanks to unique forms of cooperation and first-class human resources.

Imagine a rocket whose engine is German, first stage French, second English and guidance systems Italian. That is the impressive, successfully-met challenge of the European space programme. Yet it all began very badly: between 1967 and 1971, the first Europa rocket models met with a string of failures. So the dream of Europe in space was nearly nipped in the bud. Then came Ariane, its name inspired by the thread that guided Theseus through the labyrinth of the Minotaur and then led Europe down the path of success. The first Ariane 1 was launched at the end of 1979 and the launch vehicle has been a success ever since in its different guises. Ariane was the starting point for Europe’s independence in space: its member states could now send up satellites without the help of the major powers, deploying observation and geolocation instruments, and developing valuable military assets. Europe could also ‘sell’ those advantages to the highest bidder. The launch of military satellites gradually gave way to private initiatives, led by communications satellites. That resulted in the development of major European industries: today, the Airbus and Thalès groups have joined the pantheon of great space corporations and carry out commissions for the entire world, USA included. They employ thousands of Europeans (40,000 for Airbus, 7,700 for Thalès) and the ESA alone employs 2,200 scientists over eight sites in seven countries with an annual budget of nearly 6.5 billion euros in 2021 – the cost equivalent of a cinema ticket a year for each European citizen. 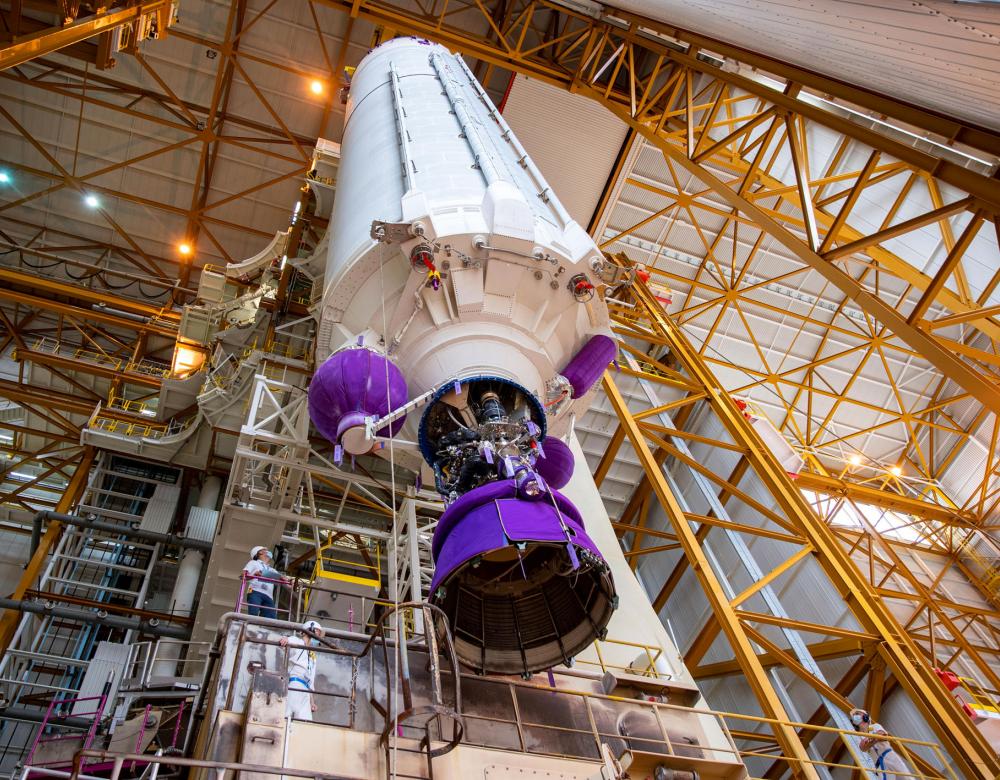 Is the world’s best rocket European? That was at least true in the 2000s, when it dominated the market with almost 50% of satellite launches! Ariane 5 and especially its ECA version – able to put two satellites into orbit at a time – was the most reliable rocket on the market: out of 111 launches, only two were total losses and three partial failures, and the rocket has clocked up a run of 97 successes today. The other Ariane rockets had a good record too, including the 5 G+ version. In March 2004, it successfully launched the Rosetta probe and the Philae lander, which reached the Churyumov–Gerasimenko comet ten years later.

The private sector: a new factor

Increasing numbers of satellite launches coupled with lower launch costs have led to the emergence of new space operators.

Once only available to large industries and a handful of states, satellites have become ‘affordable’. The price per kilo carried fell from 54,000 dollars in the 2000s to just 2,700 dollars at the start of 2020! So constellations of satellites now go into orbit, rather than single ones or pairs. The main reason for the revolution has been miniaturisation. Thanks to technological progress, a single satellite no longer needs to have a mass of several tons (and could actually malfunction or be lost). The grouped launches of ‘CubeSats’ – small cubes stuffed with electronics and able to communicate with each other – have proved more advantageous for communications industries. The revolution has also resulted from the success of a new economic model with private competitors able to slash prices. With its reusable launch vehicles, SpaceX launches dozens of satellites for its StarLink constellation each month for half the price of Ariane 5! This is possible because SpaceX produces its launch vehicles almost from A to Z on sites near to each other in Texas. The engines are designed in close proximity to the stages and the launch site is just a few kilometres away. Unlike in Europe, where the need for equality between members states means that construction is distributed across different sites and companies. Although working more discreetly than SpaceX, the Old Continent is making progress with the development of a very low-cost Prometheus rocket engine, due to come into service in 2030, and a prototype Themis reusable rocket stage – with a demonstration flight planned for 2025.

As the ESA administrators reluctantly admit, they were misled by the sensationalism of CEO Elon Musk’s announcements and underestimated SpaceX. So much so that, in 2009, when SpaceX were talking about bringing the first stages of their launch vehicles – and so their expensive rocket engines – back to Earth, the ESA was unconvinced. But then, in 2015, SpaceX managed to bring the first stage of the Falcon 9 – its medium/heavy launch vehicle – back down to land and then onto a barge at sea in 2016. In 2018, the corporation introduced its first super-massive launch vehicle, the Falcon Heavy, currently the world’s most powerful rocket. And it brought two of its three engines (photo) back to Earth. A technical exploit! 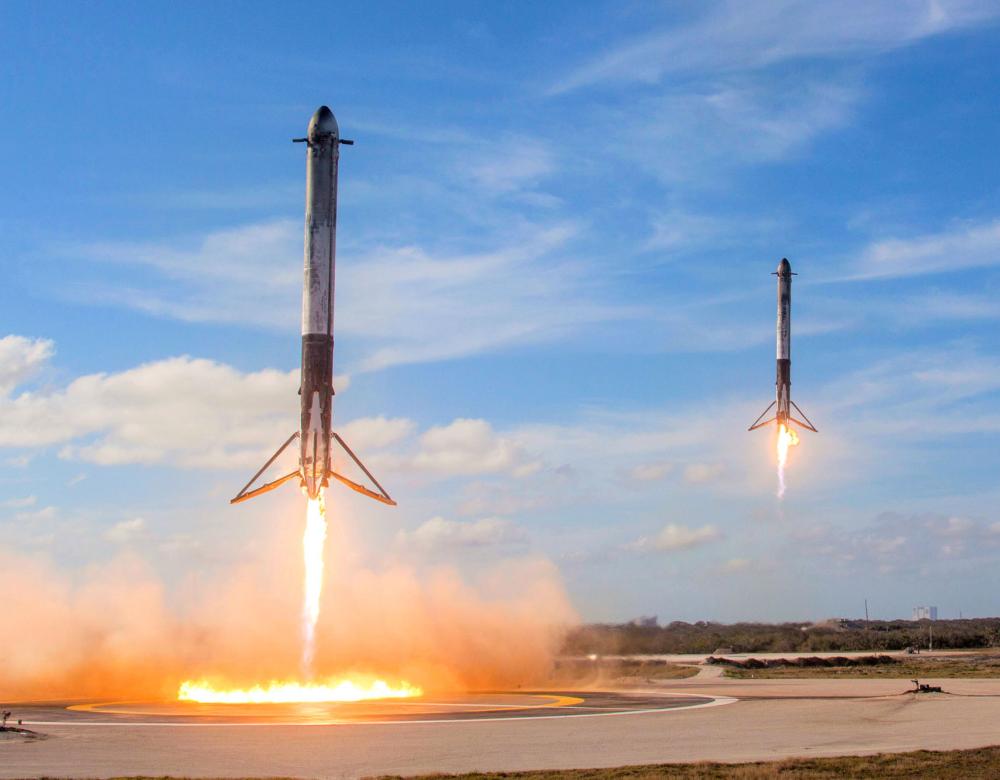 Facing this rivalry, future European launch vehicles will need to be more flexible to remain competitive.

The objective for Europe is now to optimise production, even if that means relocating the industry’s branches, and to rely on the basis of its original success: bringing together the best of the scientific and industrial elite. Its strategy includes a number of phases. First of all, combining the new Ariane 6 and Vega-C launch vehicles to be able to provide industries with access to both geostationary orbits at 36,000 km – for weather and some telecom satellites – and low orbits up to an altitude of 2,000 km for Earth observation satellites and space stations (especially ISS). Vega-C will provide more flexibility for limited launches. As for Ariane 6, it will specialise in those heavy launches that have already proved to be the strong point of Ariane 5, for even though the market has refocused on microsatellites, the ‘heavy’ ones remain a valuable option. Among Ariane 6’s first major launches will be that of the Athena space telescope, scheduled for 2033, which should enable a better understanding of how galaxies and black holes formed. However, using Ariane 6 and all its advantages will be comparable in price to that of Ariane 5, while SpaceX’s Falcon 9 launches are almost half as expensive. So the second phase of Europe’s strategy will be the design of reusable Maia Space launch vehicles for lighter payloads and Ariane Next for heavier ones: a stage seen as vital in order to reduce costs and remain competitive. Meanwhile, thanks to its distinguished record, Ariane should continue to play a leading role for at least the next decade. 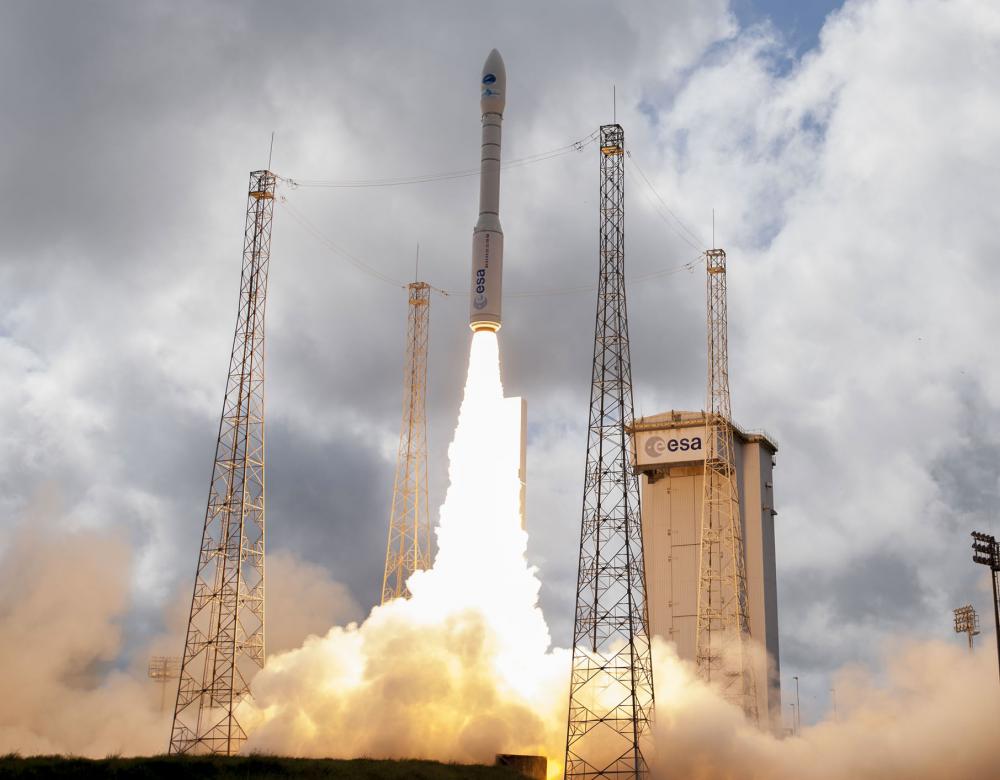 Higher demand for low-mass launch vehicles has led to the appearance of Ariane’s little sibling Vega. The 35m-high launch vehicle (compared to 55m for Ariane) can put 2.2 tonnes into orbit. Since 2012, it has only made 19 flights, but a new version is soon to be launched: Vega-C. The idea is to be able to carry more mass and put more microsatellites into orbit in constellations popular with industrialists. The first flight should take place at the start of 2022. Then we will possibly see a Vega vehicle for micro-launches or an updated Vega-E version.

While awaiting the introduction of Ariane Next (2030) and Maia Space (2026), Europe is preparing the transport module Space Rider for the end of 2023. It will be able to carry 800 kilos of material and return to Earth after two months in orbit. Halfway between a shuttle and a space station, the unmanned vessel will enable scientific experiments in microgravity. It will facilitate European access to low orbits, combining the capabilities of a standalone orbital platform and reusability. Propelled by the Vega-C launch vehicle, it will offer the possibility of recovering, reconfiguring and reusing the re-entry module six times. 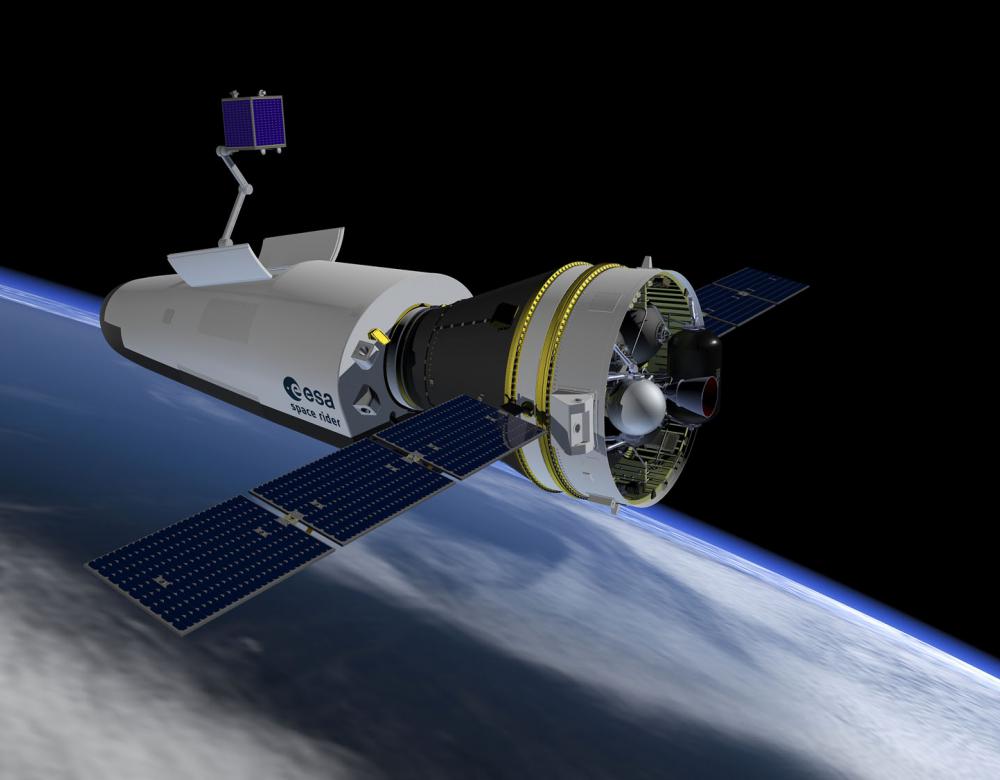 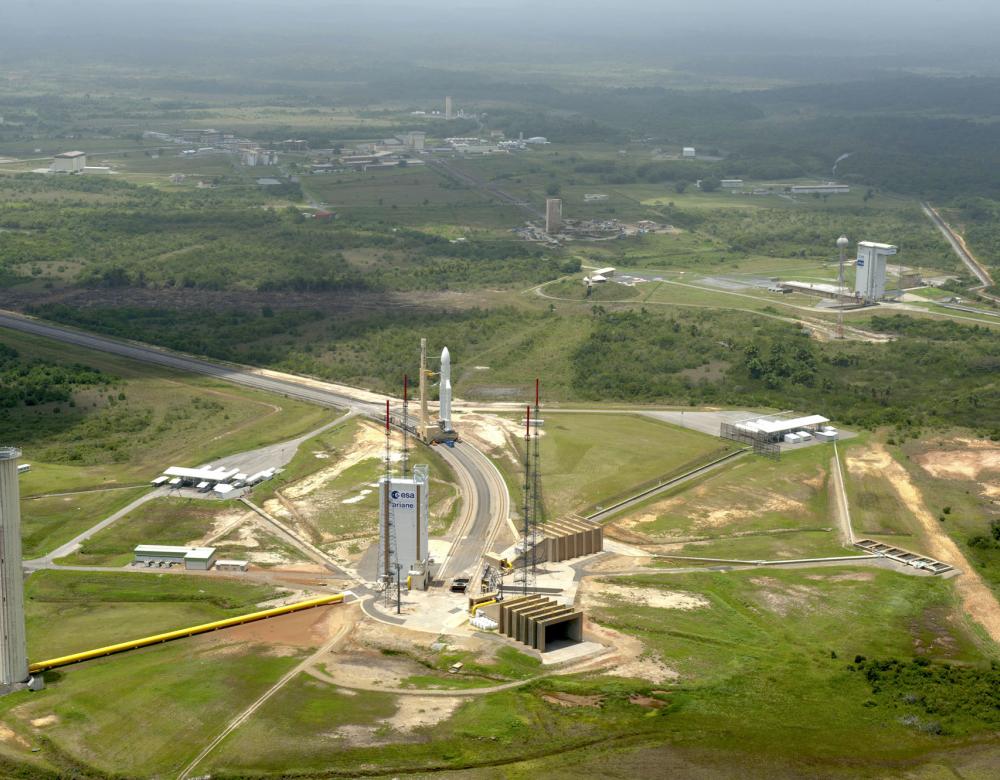 After the closure of France’s Hammaguir base in Algeria, the chosen replacement was the Kourou site in French Guiana. An excellent location despite its distance from continental Europe, it is on the equator and so reduces launch costs by using the effect of the Earth’s rotation. Ideal for geostationary satellites! The base steadily emerged from the forest from 1965 and launched its first Véronique rocket three years later. Today, it remains the launch pad for Ariane 5 and the future Ariane 6, Vega-C and Ariane Next rockets.

Ariane 5 will be replaced a little late. Ariane 6 was supposed to make its maiden flight in 2020, but due to accumulated delays – especially resulting from the pandemic – it will not take place until 2022 (here, Ariane 6’s mobile gantry with models of two of its stages at the Guiana Space Centre). There will be two different versions of the brand-new rocket. The ‘A62’ will be able to put 5 to 10 tonnes into geostationary or low orbit, while its luxury cousin, the ‘A64’, will be able to carry 11 to 21.6 tonnes of material. This will allow Europe to adapt to the demands of industrialists. 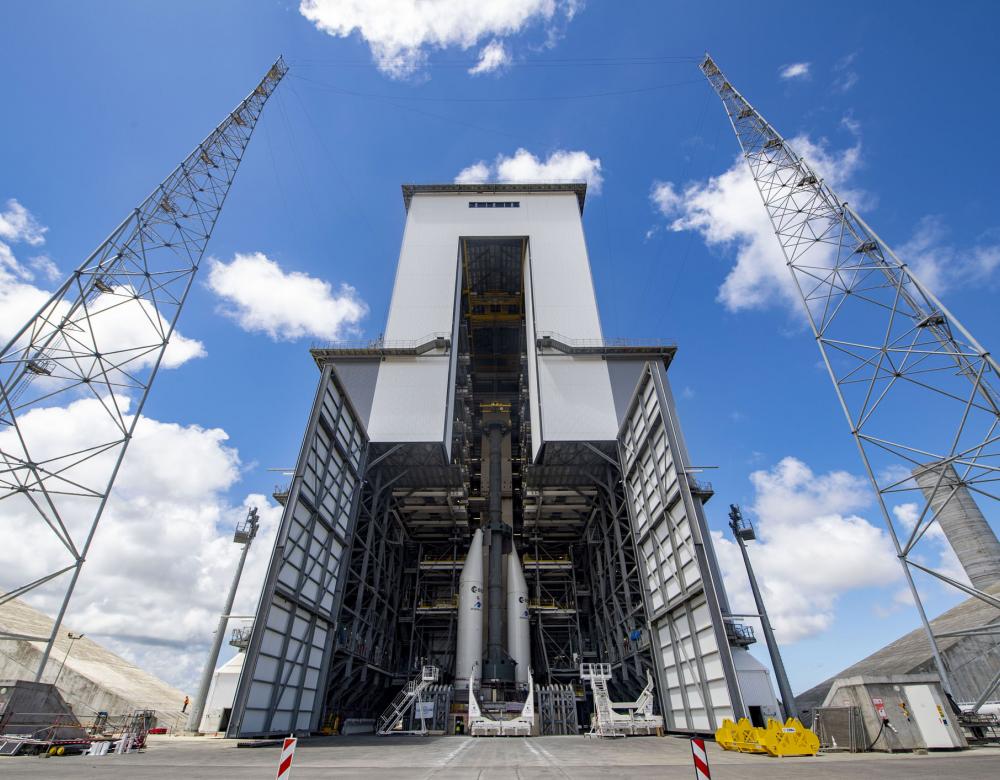