Our awareness of the sensitivity and welfare of animals is growing, leading us to challenge their use for scientific purposes. Does French research really need to experiment on two million animals each year? Is it genuinely useful to draw conclusions from experiments carried out on rodents? The often heated debate is fuelled by urgent societal needs: assessing the possible toxic effects of new chemical compounds on the environment, making sure our drugs are safe, and discovering new, effective treatments. All these requirements very often lead to animal testing. Yet increasing numbers of alternatives exist: cell cultures, organoids, organ-on-a-chip (OOC) technology, virtual models, and so on. But how much can they do?

Formulated as early as 1959, the 3 Rs rule – Replacement, Reduction and Refinement – forms the basis of animal experimentation regulations.

All regulations on animal experimentation are based on the ‘3 Rs’ rule devised by zoologist William Russell and microbiologist Rex Burch more than sixty years ago. ‘Replacement’ refers to all those methods that avoid the use of animals, essentially in vitro models of compounds, cells and tissue cultures, as well as organ-on-chip technology. Another approach explored over the last few years consists of using bio-computer models to simulate the effect of a compound on a pathology or population of virtual patients. These ‘in silico’ models are enabled by enormous databases that especially store the results of previous animal experimentation. ‘Reduction’ uses increasingly sophisticated statistical methods that allow a reduction in the number of animals involved with no loss of information. Better storage and the wider sharing of databases also avoid the repetition of experiments already conducted. Lastly, the strategy covers the reuse of animals who have already taken part in non-traumatic experiments. Finally, the ‘Refinement’ of protocols consists of eliminating or reducing the stress and pain felt by animals by, for instance, employing in vivo imaging techniques (MRI, ultrasound scans) instead of surgery. Also, species can be chosen that scientific knowledge recognises as being less sensitive to pain, such as fish. 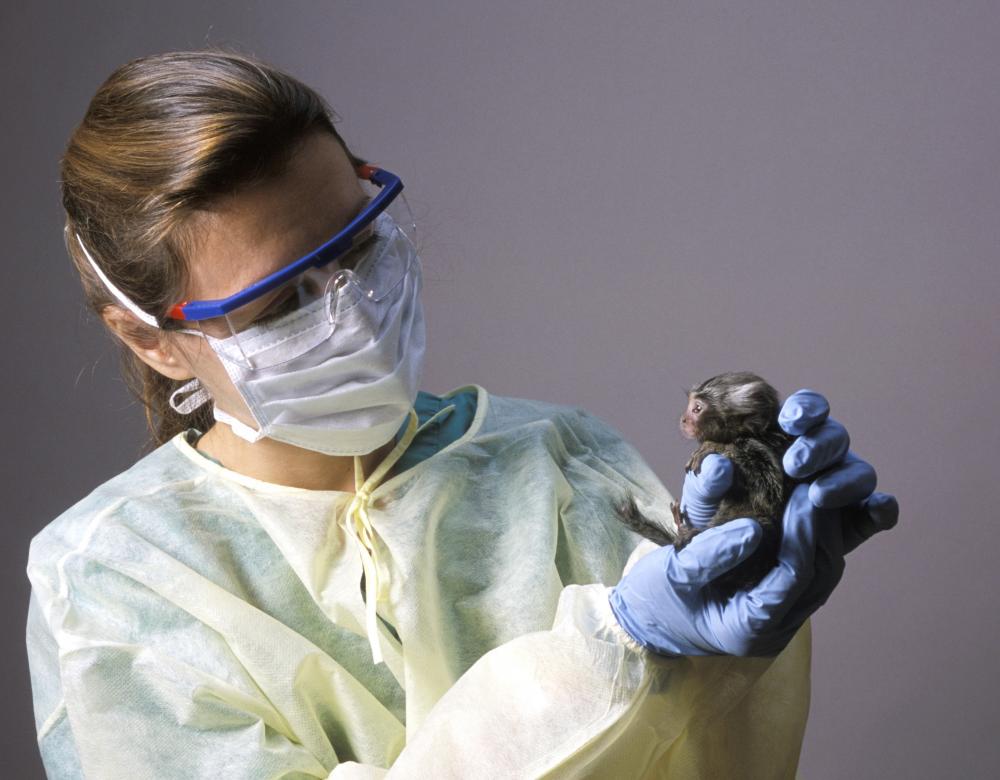 Are animals a good model?

Preferring alternatives to animal experimentation is a response not just to ethical concerns, but also scientific ones: animal models are not always appropriate. For instance, chimpanzees – the species genetically closest to humans – are not affected by HIV, and aspirin is highly toxic for rats and their embryos. Comparison of toxicity tests in animals and humans reveal a similarity rate of 20% to 70% according to the species used and the effects assessed. Having said that, two conclusions can be drawn: a substance that is toxic for the animals is very likely to also be toxic for humans, while an absence of toxicity for animals does not necessarily show a product is safe for the human organism.

Seen in French law as ‘movable assets’ until 1976, animals are increasingly well-protected today.

In France and Europe, regulations are becoming tighter and tighter in terms of animal welfare, particularly in the laboratory. This is in response to growing social demand reflected in an unprecedented rise of associative movements. In this respect, the European directive of 1986 marked a turning point in animal experimentation legislation. Adopted into French law in 1987, that first text banned the use of the animal model if an alternative existed. The version of the directive revised in 2010 and applied three years later in France imposed new constraints. The use of primates was limited to health research into serious disorders. Ethics committees began to evaluate each animal experimentation application, and a permit from the ministry responsible for research was needed before the experiments could begin. Finally, the conditions in which animals were kept had to comply with norms adapted to the needs of each species. In addition, specific training was compulsory for all staff involved in research using animals. In the longer term, the text even anticipated the ‘full replacement’ of animal experimentation ‘as soon as it is scientifically possible to do so’. In Europe, so far only the Netherlands have announced that they wish to achieve that goal by 2025.

Some 35,500 animals, mainly mice, were used in higher education and occupational training in 2017, i.e. 2 % of all lab animals. That figure can be reduced by turning to alternatives such as educational films, inert models mimicking organs or entire organisms, or computer simulation software, which – as here in a medical school in Virginia, USA – enables dissection and surgery without the use of living beings. So rather than practising new techniques on animals (usually pigs), future surgeons can use virtual reality to train. 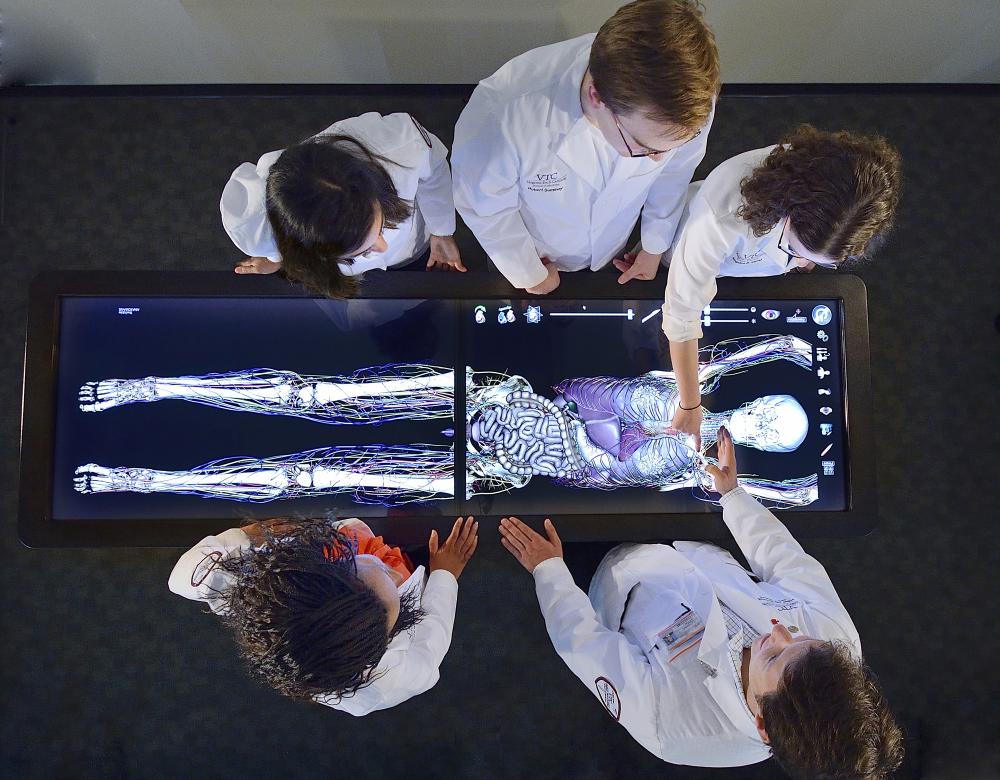 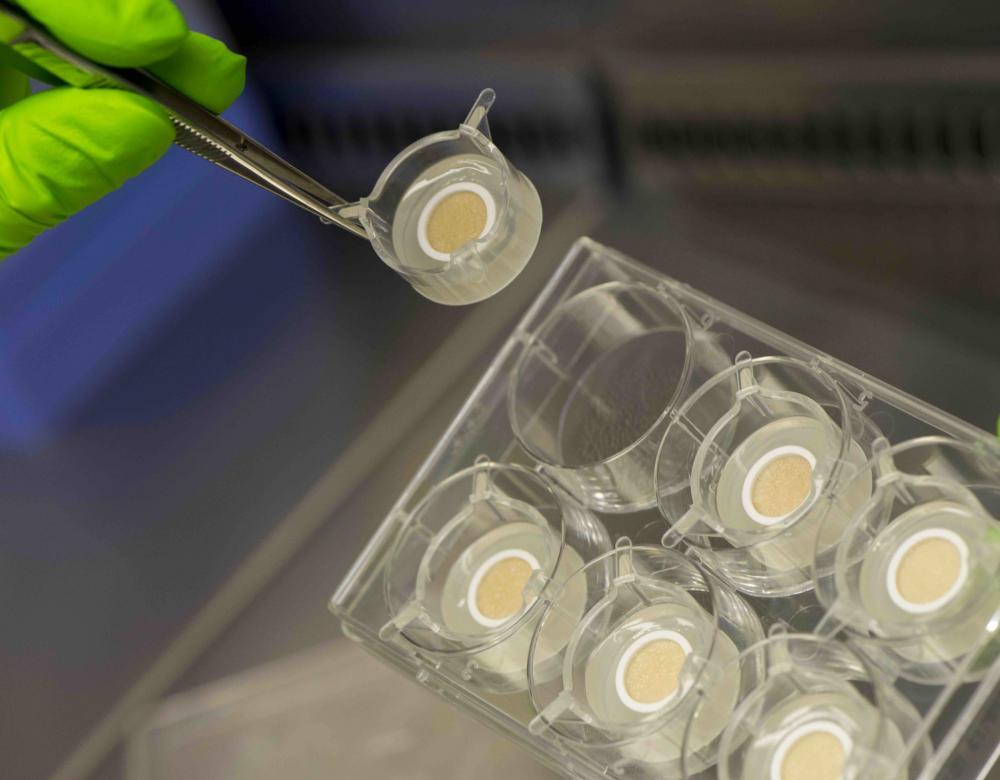 In Europe, the sale of cosmetics tested on animals has been banned since 2013. That has encouraged the development of alternatives such as the use of remnants from surgical operations, in vitro skin cultures from human cells and 3D reconstructions of the epidermis. These methods enable assessment of the efficacy and safety of cosmetic products, but not the prediction of any side-effects on the rest of the organism caused by compounds able to pass through the skin. So it is still necessary to test new substances on animal models. Consequently, 80% of countries still allow or even impose animal testing for cosmetic products.

The paradoxical situation of toxicology

Industries need to conduct more tests to check the safety of chemical compounds, but at the same time use animals less. Are those two aims compatible?

To protect people and the environment, regulations require industries to conduct toxicological testing on all their chemical compounds (1). This obligation led to a 17% increase in the number of animals used for European chemical industry experimentation between 2015 and 2017, according to the European Commission (2019). Moreover, more than 60% of new tests conducted within the framework of REACH required the use of animals, the specialised European agency ECHA reported in 2017. And for good reason: only 45 alternative tests were approved in Europe – related to research into skin or eye irritation and acute toxicity. And no alternatives enable the assessment of chronic systemic effects on health. Yet in September 2019, the American Environmental Protection Agency (EPA) announced an end to animal testing by 2035. Between 20,000 and 100,000 experiments on animals are carried out each year, either directly by the EPA or by companies applying for permission to market a new product. ‘If we stop those tests, we may miss compounds that are dangerous to people,’ warns Francelyne Marano, President of Francopa (French national platform for the development of alternative methods to animal experimentation). ‘How can we be sure that compounds cannot cross the placental or encephalic barrier by testing them on cells only?’ There is still a lack of alternatives to animal experimentation in this area.

(1) Following European regulations intended to ensure safety in the manufacture and use of chemical substances in European industry (REACH), applied in Europe since 2007.

Growth of cells and organs

For ten years, miniature versions of our organs have been grown in test tubes, rather than just biomolecules or single cells previously used to test the effects of chemical products. Grown from human or animal stem cells, these ‘organoids’ enable study of the structure of tissue and its interaction with the environment; the development of a disease; the effect of a drug or interactions between cells. But although the use of organoids has huge potential in the field of research, it is a delicate technology: a tiny alteration in the culture medium can modify the observed results. Also, it cannot be used to observe interactions between organs. 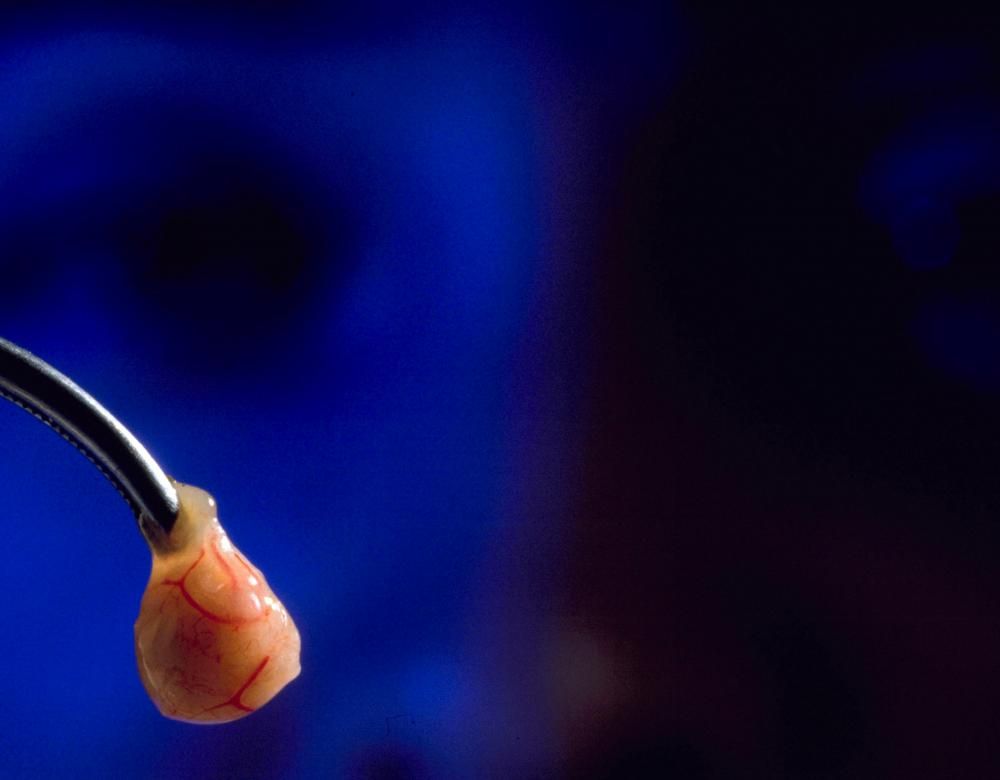 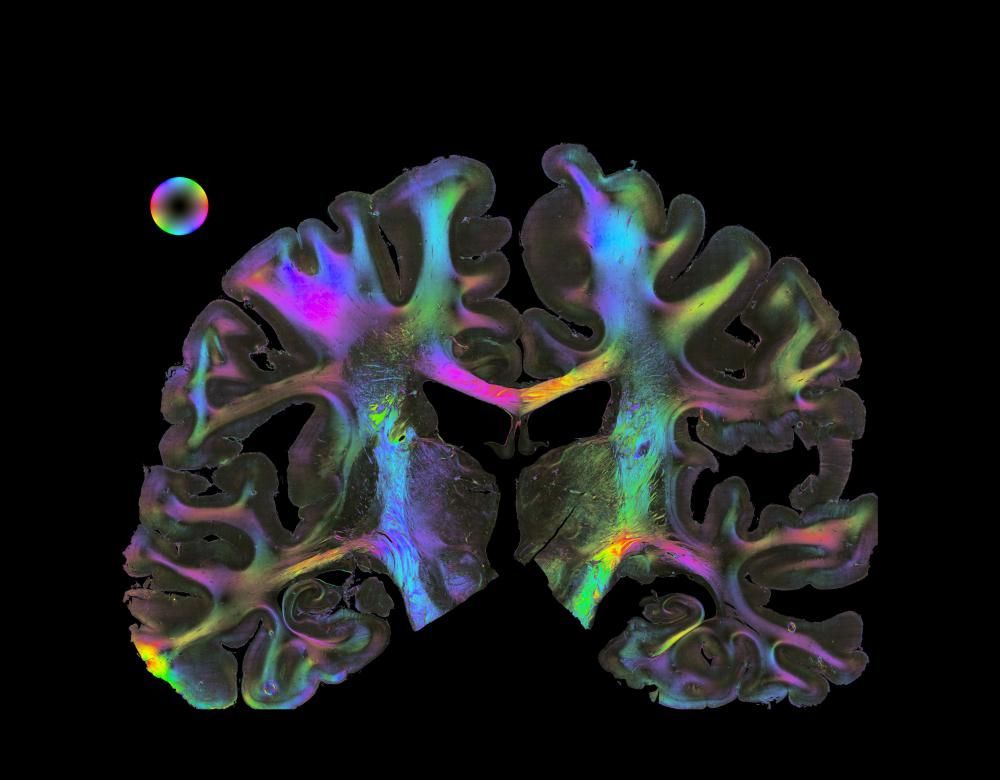 Modelling rather than animal experimentation

Thanks to the collection of biological, chemical and genetic data, it is becoming possible to model the behaviour of cells and organs, the development of a disease or the effect of a drug, solely on a computer. It took just 21 days to preselect four promising potential drugs to treat fibrosis from 30,000 compounds. Trials on mice are now in progress (1). In Europe, these in silico methods could reduce the number of animal experiments needed to assess the toxicity of chemical substances by nearly 2 million.

While the quality of synthetic drugs can be tested by physiochemical or microbiological methods, the same is not true of medical products of biological origin, such as vaccines, serums and hormones. Testing their action and safety requires the use of animals, which is also a regulatory obligation before their market release can be authorised. Even so, since 2019, animals have no longer been used to detect the possible presence of contaminants in biological medical products. The European Pharmacopoeia Commission considers that the application of good manufacturing practice and quality control are enough. Sparing tens of thousands of rodents… 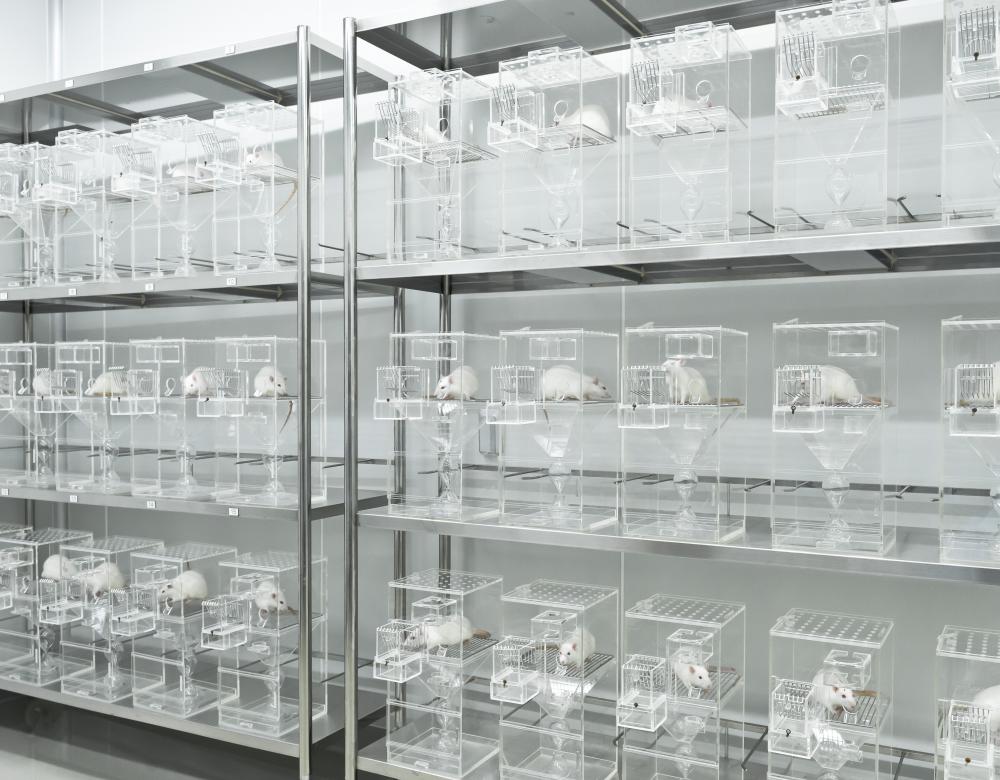 In a time of organoids, organs-on-chips, big data and artificial intelligence, are animals still useful to science?

The number of experiments on animals has not decreased in France since 2014. Over the same period, it has barely dropped by 3% in Europe. Have we reached a plateau? Is the full replacement of animal experimentation just a dream? In the field of toxicology, reliable alternatives exist to assess acute effects and skin irritation. However, systemic toxicity (carcinogenicity, reproductive toxicity) remains difficult to evaluate without animal testing. And in research – which uses two-thirds of all lab animals – progress is mainly related to reduction and the refinement of protocols, and less to replacement: interactions between cells or organs or with the environment can result in unpredictable phenomena. Yet these biological processes remain hard to study using alternative in vitro or in silico approaches. ‘When we have thoroughly covered general biology as a whole and have very powerful quantum computers, we may be able to do without animals in science,’ muses Bruno Verschuere, director of Gircor (Inter-professional Group for Research Study and Communication). Before then, researchers are thinking about conducting more experiments on humans directly, using the microdosing technique – i.e. the administration of a microdose of a radiolabelled drug to assess its properties directly on humans. 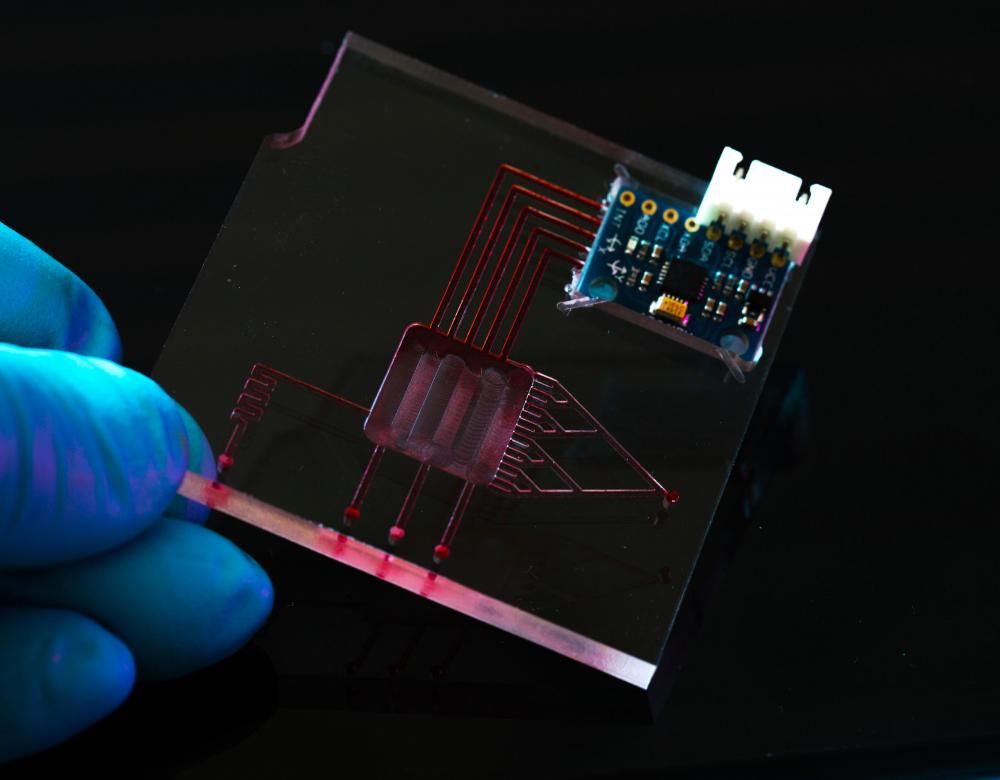 Combining nanotechnology, microphysics and biology, a number of human organs have been miniaturised on chips since 2010: the heart, liver, intestine, muscle… Lung-on-a-chip, for instance, contains a compartment lined with pulmonary cells through which air circulates, another compartment lined with vascular cells bathing in a micro-channel of blood, and two empty chambers imitating breathing movements. Even more promising are projects to connect different organs to study their interactions, but also the propagation of a pathogen or the spread of a drug throughout several organs. All that on a chip the size of a memory stick!

Are in silico avatars the future?

As part of the Health EU project, more than 90 scientists from 16 European countries are studying the design of an in silico avatar specific to each individual, which would hold all their personal and environmental data, and on which organs-on-chips grown from their own cells would be grafted! This would enable virtual testing of their biological functions or of drugs that already exist or are in development. Personalised, predictive medicine with no animal experimentation. 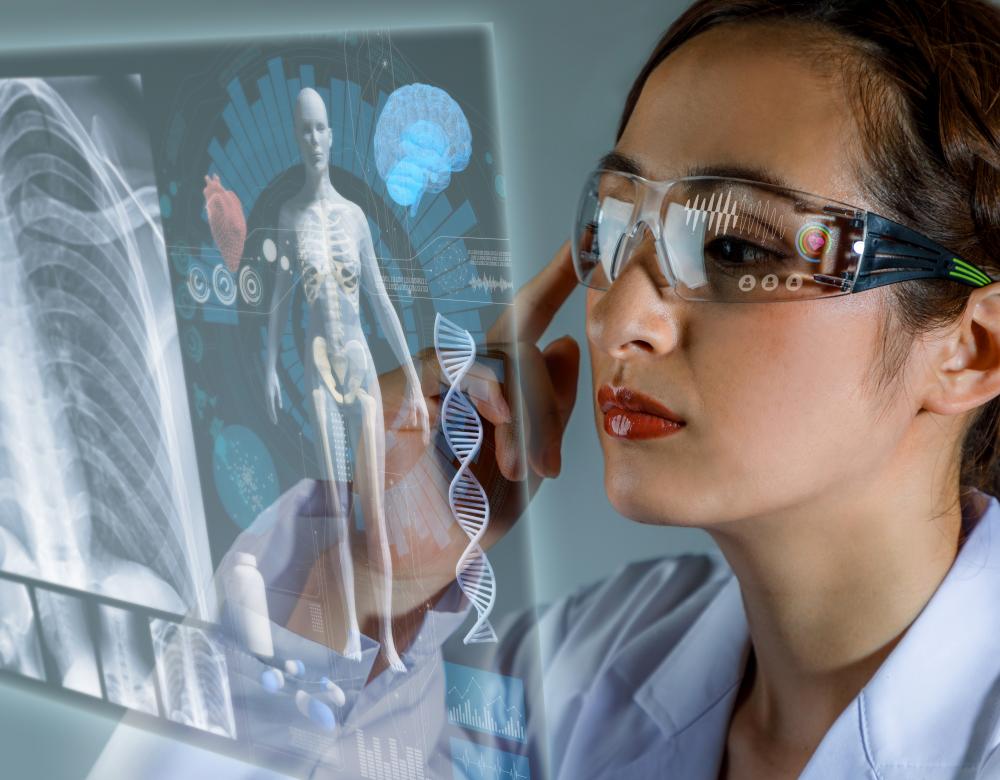